The 5 S’s of Smart Exercise

Thanks so much, Sabrina, for letting me take over your blog today and share something that is very close to home for me, and that is adrenal fatigue. This is a toughie, but I’m excited to talk about it, especially as it pertains to training, and introduce my exercise program that launched this week, #treadLIFT  and how it can work for those with compromised adrenals.

Not only because of the physical symptoms, but mentally, it can be one of the toughest things to deal with, considering the way many of us we arrived there—oftentimes through years of excessive exercise and overdoing the dieting—is so ingrained in us, it’s part of our identity even.

So what do you tell someone who identifies as a go-getter, perfectionist, hard-ass worker, exercise enthusiast that the thing they value the most, they need to quit?

At least for a while.

This can be super painful.

But getting diagnosed with adrenal fatigue isn’t the end of the world, and if your cortisol curve looks relatively normal (even if it’s low), you can still train. BUT. You have to be super careful.

Your body doesn’t have the reserves present to synthesize and put out enough cortisol, catecholamines (adrenaline/noradrenaline) and sometimes it can even go so far as to affect the thyroid, gonads, vitamin/mineral deficiencies, etc.

My first piece of advice would be to see an integrative physician or licensed naturopath who can help you elevate your hormonal profile (either through a salivary cortisol profile and/or a full blood panel). Depending on the degree of exhaustion, you may not be able to train at all.

But, if you can, there are some very important things you need to pay attention to. I call them The 5 S’s:

If you are going to get in the gym, your workouts need to be short. I recommend no longer than 30 minutes, so that you are able to adequately recover.

One of the telltale symptoms of adrenal fatigue is that people feel WORSE, not better after training. And they have a harder time recovering, or even feeling energetic enough to train in the first place. Short workouts ensure you are leaving something in the tank for tomorrow or later in the week.

You cannot be the Tasmanian Devil in the gym anymore. Things like intense HIIT intervals, crazy circuit training, hours on the treadmill and marathon spinning classes where you leave your soul on your bike seat, are out.

Yes, it sucks. Yes, we hate it. But long, moderate-intensity workouts are a likely culprit for how we arrived here.

The irony of being in adrenal fatigue (low cortisol/catecholamine output) is that for a long time beforehand, we were putting out huge amounts of those things. They are stress hormones—useful for burning fat and helping to give up that get-up-and-go juju—but your body doesn’t keep producing the building blocks for those molecules ad infinitum. So when the building blocks for those hormones decrease (due to excessive demand over a long period of time), you begin putting out less, despite the fact that your body is still demanding more.

That is a very succinct description of what goes on in adrenal fatigue. It’s a chronic condition, an outcome earned over a long period of time of excessive stress. Even if you never felt emotionally stressed (in the head), your body was under stress.

Which bring me to the next point …

Exercise is a stressor. Yes, a good one, but it can be taken to the extreme and your body no likey.

I absolutely took it to the extreme. Compound hours and hours of daily exercise with starting a business (maybe you started a family, which is yes, amazing, but still a form of stress, no?), working 12+ hours a day, skimping on sleep, not fueling appropriately and basically just acting like I need to be Superwoman every second. Gah! Never mind the emotional stress, just look at all that stress on my body!

It’s not rocket science. It’s actual science. Your body needs times of low stress (both emotionally and physically) to help “tone” the adrenals.

You can think of the two types of bodies’ response in yin and yang. Opposites. We call them the Sympathetic (stress response) and the Parasympathetic (recovery response). These two modes impact the adrenals. The former turns on the adrenals (produce more, more, MORE!) and the latter helps the adrenals build back up the fuel they need to keep being able to function optimally. When we have too much GO and not enough REST, we end up in adrenal fatigue, or at least moving in that direction.

The #1 way you should be handling adrenal fatigue is through rest and recovery activities. Leisure walks, meditation, tai chi, light yoga, stretching, foam rolling, even things like journaling, orgasm (!!!) and hot bubble baths. Not to mention plenty of sleep.

Taking down time can be hard, but the more you do now, the greater your ability to add back in the intense stuff later.

This is tricky, but many people will tell you: “You have to cut back on your exercise (yes, you do) and just eat a lot more! Your body is starving!”

In a sense it is, but when your metabolism is not working optimally, if you simply start crushing 7000 calories a day and eating with abandon, you will gain weight VERY quickly. And it’s not that that’s a bad thing per se, but it has the potential to exacerbate the situation. Think about it: being overweight/obese (or even just gaining a lot of weight in a short amount of time) has its own set of metabolic complications.

So instead of an eating free-for-all, why not try to match your eating to your activity level?

In their best-selling book, ‘Lose Weight Here,’ authors/doctors Jade Teta and Keoni Teta break down the science of metabolism, revealing that when we eat too little/exercise too much (ahem, overtraining) OR we eat to much/move to little (obesity), BOTH scenarios will compromise our metabolism.

So the answer is not in the extremes, but in match output to input. The doctors describe two phases: EMEM (eat more, exercise more) and ELEL (eat less, exercise less). And the latter is the approach that facilitates healing the fastest.

Your ELEL approach doesn’t have to be zero training, but instead training that is short and slow moving and only 1-3 times a week. It’s preferable to lift weights and lay off the cardio. And you can do heavier on weights if it’s slow.

In addition to matching nutrition to activity, be sure to eat healthy foods with a high vitamin and mineral content: veggies, fruit, lean proteins and smart starches.

And that’s probably not going to be enough, which means you also have to implement …

It is almost nearly impossible to heal from adrenal fatigue without appropriate supplementation. Your adrenals have been through the ringer, so they’re going to need some help. You’ll want to check with your physician or an integrative physician who can help customize a stack for you.

It is possible to do this naturally via herbs, vitamin/mineral complexes and real food. Be sure to get the correct tests done, and a full intake of all your physical symptoms for a cohesive look at what’s going on and how to treat it appropriately.

You can still train, but not as long.

You can still lift, but not as intensely.

You can still go to the gym, just not 7 days a week!

Sabrina asked me to write about adrenal fatigue both as a student of clinical nutrition and as someone who has worked through it myself. Welp, I’ve given you all my best tools and strategies, and I hope they help ;)

But I do believe that you can still train, if you take some clear precautions.

Which is why I love #treadLIFT—all workouts are short (30 minutes or less) and the workouts are programmed for only 3 days a week. If you are dealing with adrenal fatigue, you might have to knock that back to 1-2 days a week to start. And I recommend beginning with the BUILD workouts, which are specifically designed to be slower and heavier weight (only 20 minutes of lifting). These workouts won’t have you running around like crazy, but instead taking things at your own pace and focusing on one single muscle group per day.

Be sure to refuel correctly, take plenty of down time, sleep well and listen to your body, and #treadLIFT will do you right. 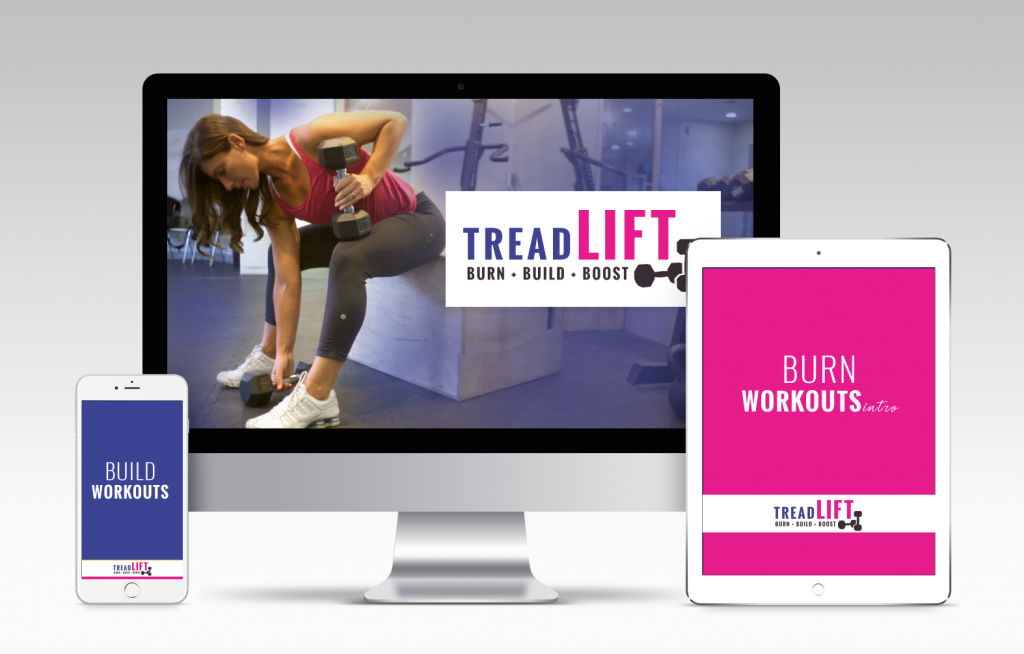