Is Gluten Free a Fad?

As a nutritionist and personal trainer I get asked all the time about the latest fitness and diet trends.  There is so much out there in the internet and you don’t know who to believe. One of the most controversial topics right now is gluten.  Is it a fad, do you need to cut it out, etc.  So, I asked my friend Dr. Jillian Teta who is an expert in digestion and functional health to give her insights on gluten.

Is being gluten-free a fad?

The deeper meaning of this question is, of course: Is there a reason to be gluten free?

Because if there is no reason to avoid gluten, and yet many people are going gluten free, then yes it's a fad.

When I sit with people, the two things I am digging for the most are all of the details of their symptoms: when did it start, how long does it last, does it match up with eating, is there pain, what makes it better, what makes it worse, does any other symptom go along with, etc and I am also getting a grasp of their lifestyle…how and what they eat, how they sleep, how they move and stress and relax. This is getting an idea of the big picture.

What I notice, over and over again, is a set of symptoms that have been there for a long time. Often it is in the digestive realm: there is abdominal pain or discomfort, bloating, distention, gas, constipation or loose stool, reflux/burning and so forth, but there are also other things that go along with this picture: inability to lose those last couple of inches, skin rashes, itchiness, brain fog, loss of clear thinking, fatigue and fuzziness, joint pain, and/or perhaps an autoimmune disease, like Hashimoto's.

Often these symptoms are manageable for a while but then start to creep more and more into daily life, or escalate in intensity. After a trip to several different doctors, many of these people are declared "fine" and written a clean bill of health, offered some Immodium or an anti-depressant, and sent on their merry way.

No. NO. Any type of lingering, long term symptom almost always points back to the lifestyle that we are living.

And a major aspect of our lifestyle is what we eat. Food is very powerful, for better or for worse.

Let's talk gluten. The rate of Celiac disease, which is an inherited autoimmune condition whereby the gut lining is destroyed upon exposure to gluten, is on the rise. It takes an estimated 9 years to get diagnosed, with the amounts of false negatives (saying you don't have it when you do) in tests and doctors not screening for it. It is estimated that the vast majority of people who have Celiac disease are walking around undiagnosed at this very moment. The cure for this disease is a life-long gluten free lifestyle.

However, it is possible to have a sensitivity to gluten and not have Celiac disease. This is called non-Celiac gluten sensitivity (NCGS). NCGS is described in the uber-conservative Journal of Gastroenterology and others. In those with NCGS, symptoms recede when gluten is removed from the diet and come back when gluten is added back in. Testing for NCGS is not worked out yet, so the only way to know if you fit into this category is to eliminate gluten, watch your symptoms, and add it back in. Then you will know if you are sensitive or not.

Those with autoimmune diseases, from thyroid disease to Sjogren's to MS and others, would do well to avoid gluten. Gluten, in the case of any autoimmune disease (not just Celiac disease) can stimulate immune activity and whip the immune system into a frenzy, increasing autoantibodies and tissue destruction. This has been well established by the work of Alessio Fasano, MD.

I have worked with many clients with thyroid disease who experienced a drop in their antibody numbers and a spike in energy along with improvement of symptoms with the elimination of gluten.

People who have gastrointestinal conditions that respond well to low-FODMAP (Fermentable Oligosaccharides, Disaccharides, Monosaccharides and Polyols) foods thrive on a  gluten-free diet. Many with Irritable Bowel Syndrome, dysbiosis (an imbalance between good and not-so-good bacteria in the gut) and SIBO (small intestine bacterial overgrowth) fall into this category.

FODMAPs are little pieces of carbohydrate that are readily fermentable to bacteria in the gut when an imbalance is present there. This, in turn, creates symptoms of gripping pain, gas, bloating, distention and bowel changes. Gluten is a high-FODMAP food.

I have just described four very broad categories of people whose symptoms could be helped by an elimination of gluten (and, it's not even a comprehensive list!) For whom, gluten consumptions needs to be ruled out as a major trigger for symptoms. If you fall into any of the above categories, it's a good idea to try gluten elimination.

The next problem you may be thinking in your head is, "ok, Jillian, I may give this gluten free thing a go, but now what?"

Getting started can feel overwhelming. Often people don't know where to start. Or they feel paralyzed and helpless. There is so much information out there on the internet and on social media. You don't know what to believe, but you may not know what to cook, how to shop, how to order in a restaurant, or what things to look out for as you are navigating your new journey.

THAT is what this program covers. From the very first things you need to do, what foods to look out for and emphasize, how to talk to your doctor, family and friends, how to secure testing and get at the roots of your symptoms, how to cook, how to bake, and everything and anything in between.

Because being gluten free is not just a fad. Or, should I say, that if some people are gluten free because it's "cool", when the fad wears off, there will be plenty of people who still need to be gluten free. Like me.

Gluten is not the same as it was even 20 years ago. The farming and hybridization of gluten has created a very different molecule from the one of a generation ago, one that is likely driving the high rates of Celiac disease, the emergence and prevalence of NCGS (thought to be as high or higher as Celiac disease!) and the exacerbation of autoimmune diseases.

Does everybody need to be gluten free? No, of course not. To me, it is just as silly to say that gluten is 100% evil and 100% of people have to be gluten free 100% of the time as it is to categorically say that if you don't have Celiac disease, you can eat all the gluten you want and to dismiss all those who are gluten free as swept up in a fad and delusional.

The truth is, it doesn't matter what most people or other people are doing or thinking. What matters is what works for YOU. Could it be that you could benefit from gluten elimination?

It's exactly why I created the Gluten Free Lifestyle. For those looking to explore and live this way. The GFL is a 6 month long program delivered via weekly e-mails and guides and videos. It takes you through all of the steps and instills just about all of my academic and clinical education about gluten to you so you can be educated and empowered in your life and of course FEEL BETTER.

With love from one of the gluten-free ones,

Jillian Sarno Teta ND is the author of “Natural Solutions for Digestive Health”, released May 2014 by Sterling Publishing. The book sold out of the first printing during its debut week and is now on to its third print. She is the creator of the Fix Your Digestion gut restoration program—an online, do-it-yourself comprehensive system that can be used by anyone with digestive distress or digestive disorders to feel better.

In her free time, Jillian enjoys walks in the woods with her dogs and cooking delicious things. 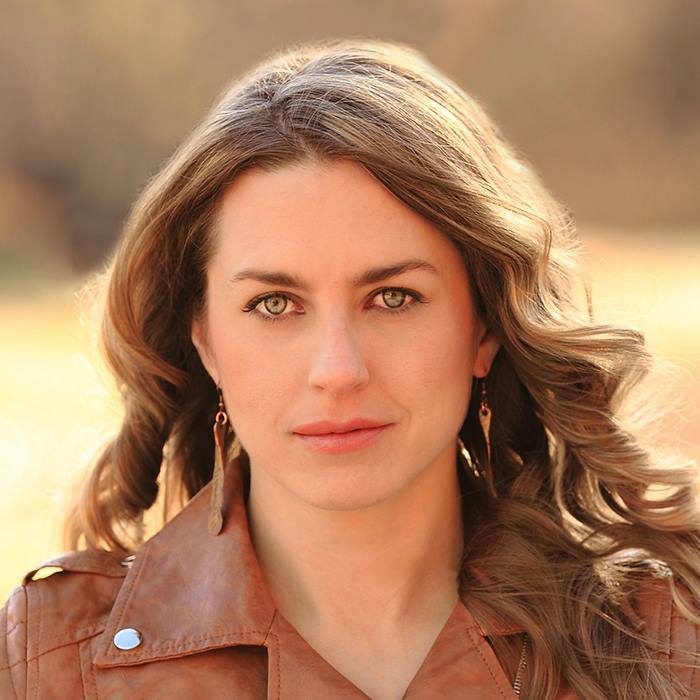